Lost your password? Please enter your email address. You will receive a link and will create a new password via email.

Sorry, you do not have a permission to ask a question, You must login to ask question.

electron – node.js – ng : file path\ng.ps1 cannot be loaded because running scripts is disabled on this system

I am trying to compile a project on Windows 10 in Visual Studio Code, my settings are the following:

The problem I have is as soon as I try to run ng serve I receive the following input : ng : File C:\Users\name\AppData\Roaming\npm\ng.ps1 cannot be loaded because running scripts is disabled on this system. Followed by For more information, see about_Execution_Policies at https:/go.microsoft.com/fwlink/?LinkID=135170.

What I tried so far

1) I went on the website advised and found that Set-ExecutionPolicy -ExecutionPolicy RemoteSigned should be the command I have to enter in the shell. Therefore what I did was:

But that led to the following error:

And that is exactly what I did, so in order:

Below was prompted by the Shell, I only had to insert RemoteSigned:

Supply values for the following parameters:

After that I tried ng serve to launch the whole project but received a different error, for which I am putting below a print screen as it is too long:

Don’t have any more ideas on going on on this route.

2) As advised here and also here

I tried to access and run as administrator as shown in the print screen below:

3) I dug more into the problem and found some additional insights such as this one and also this additional source. However the only thing that the post was pointing out was, again, to use Set-ExecutionPolicy -ExecutionPolicy RemoteSigned which I tried at point 1) above.

4) After a bit more research I came across this one but unfortunately no useful information I used.

Below is what I have in my package.json if that is useful:

After running the -ExecutionPolicy Unrestricted as admin the following script opened in notepad but I am not sure about its use. I am attaching both print screen and code of the file that opened: 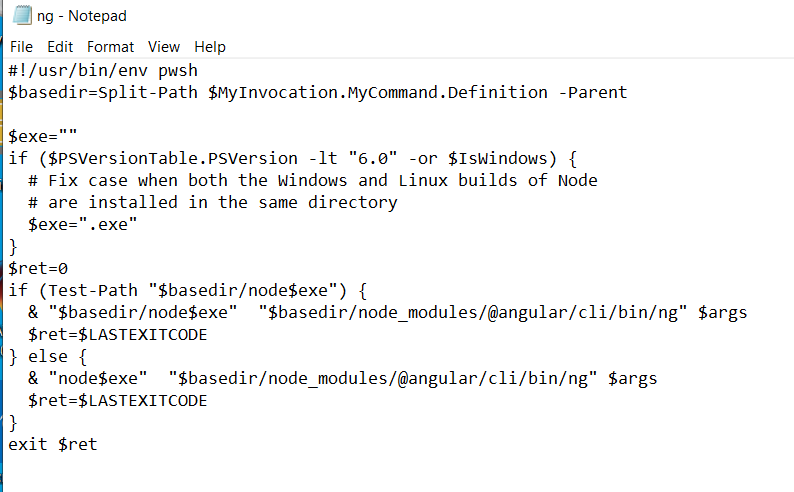 After running on PowerShell -ExecutionPolicy Unrestricted nothing changed. But an error came out. Data path ".builders['app-shell']" should have required property 'class'.
See print screen below 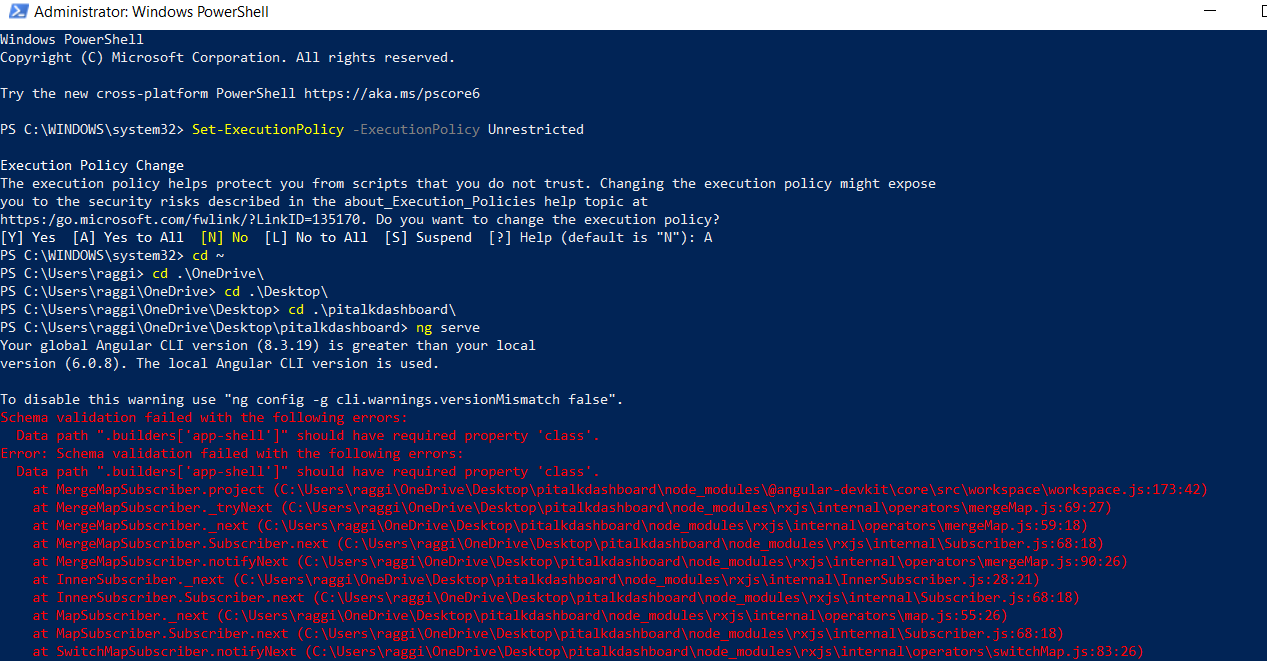 I am running out of ideas on how to run this project and on how to solve this ng serve problem, any insights or guidance in another direction will be useful to solve this issue.

You must login to add an answer.